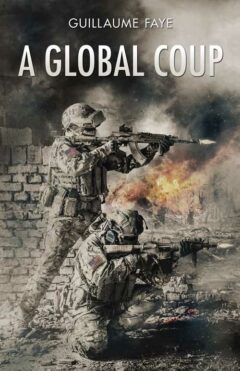 You are viewing: A Global coup

This book will equally shock atlanticists and anti-Americans, as it targets both their vulgates.

Ever since the fall of the USSR, traditional American imperialism has undergone a profound change of essence and chosen to follow the path of suicidal excess, striving to achieve global domination through its novel mockery of the Roman Empire. But what accounts for such conceited folly, such ‘hubris’? Is it the neoconservative ideology, the financial interests of the military-industrial and petro-political complexes, the influence of the Israeli lobby, exaggerated nationalism or some other factor? These are the questions that this book attempts to answer. Nevertheless, the author does not believe that this New American Imperialism, which has taken on a simultaneously military and techno-economic shape, could ever represent a mortal threat to our European continent.

He condemns both atlanticist milieus and those who have surrendered to obsessive and hysterical anti-Americanism, an anti-Americanism that is as ridiculous as it is counterproductive. He tackles both Americanophilia and Americanophobia, a perilous endeavour by any means. In his view, it is not America, whose power is highly overestimated, that embodies a mortal danger from the European point of view, but rather those who tolerate and contribute to the ethnic invasion afflicting Europe, even if some milieus in Washington do rejoice at this development and encourage it, without, however, being responsible for it. The USA is seen not as Europe’s principal enemy, but as a mere adversary. There is yet another notion suggested by the author, one that complements the concept of Euro-Siberia: Septentrion, meaning the reunification of all peoples of European origin. It is no longer from a geopolitical perspective that the latter is to be understood, but an ethno-political one.