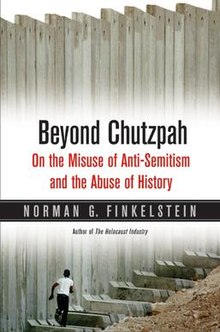 You are viewing: Beyond Chutzpah

In Beyond Chutzpah, Norman Finkelstein moves from an iconoclastic interrogation of the new anti-Semitism to a meticulously researched exposé of the corruption of scholarship on the Israel–Palestine conflict, especially in the work of Alan Dershowitz. Pointing to a consensus among historians and human rights organizations on the factual record, Finkelstein argues that so much controversy continues to swirl around the conflict because apologists for Israel contrive it. This paperback edition includes a new preface examining recent developments in the Israel–Palestine conflict and the misuse of anti-semitism, and a new chapter analysing the controversy surrounding Israel’s construction of the West Bank wall.