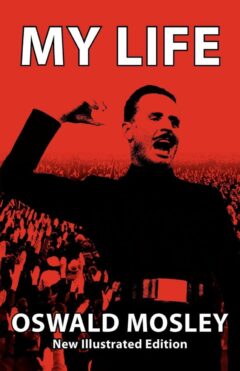 You are viewing: My life: Oswald Mosley

My life: Oswald Mosley
During his long life, the British Fascist leader Oswald Mosley knew just about everybody worth knowing. Politicians like Winston Churchill, Franklin D Roosevelt and Lloyd George. Leading society hostesses such as Lady Cunard, Mrs Randolph Hearst and Nancy Astor. He also knew Beaverbook, Northcliffe and Rothermere: the three most powerful press barons of their day. Authors like Compton Mackenzie and Henry Williamson were among his friends. And of course, Mosley had a unique personal insight into the characters of Hitler, Mussolini, Goering and the Goebbels.

On reading this book Michael Foot, Leader of the Labour Party during the 1980s, commented: “He came near to diverting the whole course of British history…What Mosley so valiantly stood for could have saved his country from the Hungry Thirties and the Second World War”.
Englanninkielinen
506 sivua