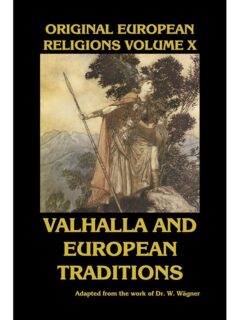 DNA, history and archaeology have shown that the European people, or those of a close enough racial origin, have existed for around 40,000 years, of which Christianity has only been the dominant religion for less than one thousand.

This volume reveals how much influence the Norse Gods have had upon High European culture. The author posits the major stories of the Norse Gods against later European tales and traditions, and shows how many of these stories are linked directly back to traditions inherited from the time of the earlier religion—including some mistakenly thought to be Christian in origin.
englanninkielinen
204 sivua