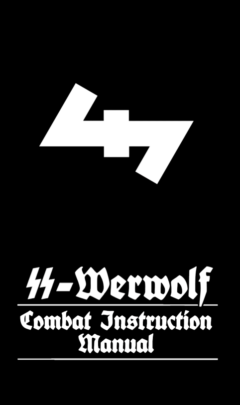 ”Werwolf.” The name struck terror in the hearts of Germany’s enemies at the end of World War II. Instructed by seasoned SS officers – veterans of brutal combat on the Eastern Front – Werwolf units were last-ditch resistance troops ordered to fight to the death against Allied advance into Nazi Germany. This complete historical overview of this terrifying group of Nazi guerrillas covers their mission, equipment and training, plus an exact reprint in German and an English translation of the Werwolf’s original training manual. A fascinating look at a little-known aspect of the final days of World War II.