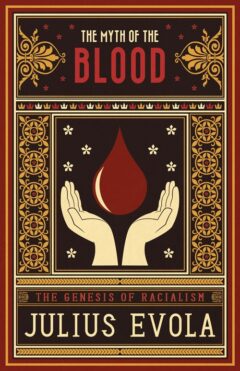 You are viewing: The myth of the blood

The myth of the blood

The myth of the blood: Julius Evola
Written during the rule of National Socialism in Germany and the rise of the so-called Racial Laws in Fascist Italy, The Myth of the Blood offers a unique window into the historical origins of the racialist thought that so fatefully characterized an era. More than a study of history, however, The Myth of the Blood is a magisterial overview of the problem of human race itself, by one of the great thinkers of the past century, the traditionalist philosopher Julius Evola.

This book traces the development of the concept of race from antiquity to contemporary times, proceeding through historical, mythical, scientific, and philosophical perspectives, keenly dissecting the thought of the foremost theoreticians in the field of race studies. The result is an unmatched analysis of a notoriously difficult issue, undertaken with an admirable mixture of fearlessness, fairness, and erudition.

In a day of growing questions, controversies, and doubts surrounding the nature and meaning of human race, Evola’s reflections are as timely now as they were on the day of their publication.
Englanninkielinen
240 sivua