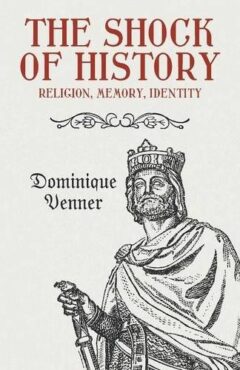 You are viewing: The shock of history

The shock of history

The shock of history: Dominique Venner
The shock of history: we live it, neither knowing or comprehending it. France, Europe, and the world have entered into a new era of thought, attitudes, and powers. This shock of history makes clear the fact that there is no such thing as an insurmountable destiny. The time will come for Europe to awaken, to respond to the challenges of immigration, toxic ideologies, the perils of globalism, and the confusion that assails her. But under what conditions? That is the question to which this book responds. Conceived in the form of a lively and dynamic interview with a historian who, after taking part in history himself, never ceased to study and reflect upon it. In this text, the first of his major works to appear in English, Dominique Venner recounts the great movements of European history, the origin of its thought, and its tragedies. He proposes new paths and offers powerful examples to ward off decadence, and to understand the history in which we are immersed and in which we lead our lives. Dominique Venner (1935−2013) was a French writer and historian. He wrote over fifty books about history, specialising in the history of weapons and hunting. He served as a paratrooper during the Algerian War, and was jailed for 18 months for his involvement with the Organisation of the Secret Army, which sought to retain French Algeria through armed insurrection. He was subsequently involved in a decade of intense political activism, and also worked with Alain de Benoist’s ‘New Right’ organisation, GRECE. Before his decision to publicly end his life in 2013, the goal of which was to awaken the minds of his European compatriots, he was in charge of the Nouvelle Revue de l’Histoire. His last book, Un Samouraï d’Occident, was published shortly after his death.
Englanninkielinen
160 sivua