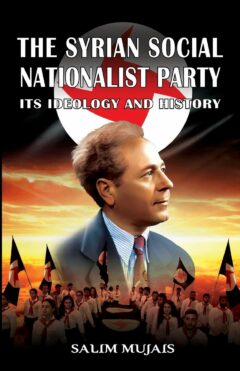 You are viewing: The Syrian social nationalist party

The emergence of the Syrian Social Nationalist Party (SSNP) during the Syrian civil war as a military and political force has elicited interest and debate among observers and analysts of the Middle East. Long considered as irrevocably marginalized by decades of prohibition and persecution, the SSNP has over the last decade re-asserted itself as the pre-eminent organization in both Syria and Lebanon with an untarnished secular pedigree.

Since its founding in 1932, the SSNP has been subjected to waves of suppression, assassinations, and executions, by those seeking to eradicate it from the political scene, yet the SSNP continues to re-emerge because its ideology has resonated with the needs and aspirations of a perpetual constituency. Further, its organization is characterized by an ethos of devotion to the national cause and selfless heroism in its service. Predating the ruling Baath party by more than a decade, and outlasting most political parties in the middle east, the SSNP offers a viable alternative to medieval sectarian narratives which crowd the Middle East political landscape.

Knowledge of the Party in the Western Hemisphere, however, has remained for a long time limited and distorted, predominantly because of the lack of publications that expound the ideology of the Party and its history. The present work aims to remedy this.