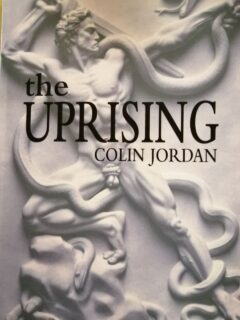 You are viewing: The Uprising

What happens when democracy fails? What happens when a government pretends to be ”representing the people” but is actually under alien control and is perpetrating a massive confidence trick against its own nation, speeding down the road to total destruction of all that has made that nation great? Answer: patriots resort to armed revolution. This fictional novel, written by one of Britain’s veteran nationalist activists, posits a scenario where the ”British Freedom Force” (BFF) arises to wrest power in that country. Starting with propaganda activities, the BFF slowly steps up its campaign until the inevitable violent conclusion is reached in the Houses of Parliament and the country’s capital city.
Englanninkielinen
130 sivua