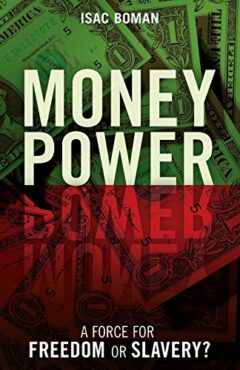 You are viewing: Money power

Money power: Isac Boman
Based on a thesis at Åbo Akademi University, Money Power: A Force for Freedom or Slavery?, is a bold and original contribution to a field which is commonly misperceived as nearly self-evident and unproblematic within mainstream economics.

Its core argument is revolutionary in several regards. First, it presents innovative perspectives on money as a general phenomenon. Second, it exposes the hidden realm of the banking sector. Third, it illuminates possibilities for alternative monetary systems in contrast to the current monolithic monetary culture.

The book is written in a remarkable style, especially given that economic science is pervaded by some of the oldest and most conventional vocabularies to be found within any field. The text flows smoothly and at times has the feel of reading a detective novel.
englanninkielinen