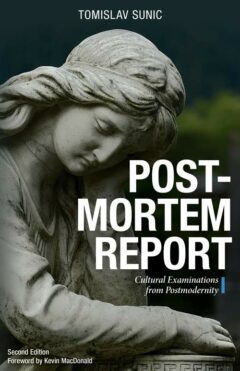 You are viewing: Postmortem report

Postmortem report: Tomislav Sunic
Along with his other published works, Tomislav Sunic is steadily turning his attention to a wide variety of topics affecting Europe’s cultural and political heritage, including such sacred and less sacred cows, as liberalism, the artistic legacy of the Third Reich, the religion of multiculturalism, the pathology of Communism, the works of Spengler and Schmitt, as well as the history of a failed multicultural entity known as Yugoslavia. Postmortem Report invites us to reassess the European past, from Antiquity to Modernity, through the lenses of a cultural pessimist. This collection of essays and translations will appeal to anyone who wishes for an honest, surgical approach to these topics, freed from the liberal academic agenda. It is a vital addition to Sunic’s prose.
Englanninkielinen
222 sivua