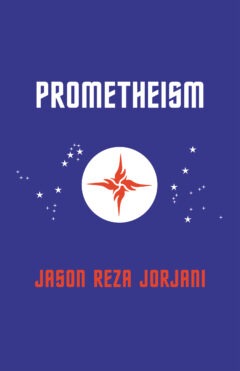 You are viewing: Prometheism

This is a declaration of war. In the name of our creator, we declare a revolutionary war against both the gods and those titans who were gods before them! In the name of our liberator, we declare a revolutionary war against fatalism and every other form of tyranny! We think from out of the end of all things, with an indomitable will to achieve either victory or a martyrdom that inspires enduring rebellion in those to whom we pass the torch of our example.

So begins this incendiary work of Philosophy, in which Jason Reza Jorjani returns to the spectral trajectory of Prometheus and Atlas (Arktos 2016). Here Jorjani advocates embracing a Promethean ethos as we face the prospect of the end of humanity, the end of history, and the end of reality beyond the event horizon of the technological Singularity. “Prometheism,” a contraction of Prometheus and Theism, offers a new metaphysics, epistemology, aesthetics, ethics, and politics to those with the vision and will to spearhead an evolutionary revolution into a new Promethean age that supersedes modernity.

In this book, Jorjani also calls the Prometheist partisan to rebel against the cynical, self-proclaimed elite of a Breakaway Civilization whose machinations threaten to forcibly regress humanity to a pre-industrial state of society before the advent of the Singularity. He argues that instead of submitting to this patronizing occultation of science and technology, we should build a socio-political order capable of enduring the most radical developments in Parapsychology, Genetic Engineering, Robotics, Artificial Intelligence, Nanotechnology, and Zero Point Energy (together with its potential for affording us the ability to Time Travel). In Jorjani’s view, understanding and thereby more consciously controlling the spectral force of Prometheus, as an archetype and egregore, is the key to masterfully navigating this apocalyptic crisis that we will face within the next thirty years.