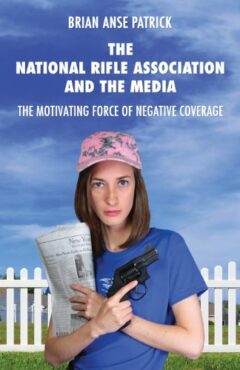 You are viewing: The National Rifle Association and the media

The National Rifle Association and the media

The National Rifle Association and the media: Brian Anse Patrick

Were it not for the negative coverage that it receives from elite American news organizations, the National Rifle Association and American gun culture as a whole would not be in the position of strength they enjoy today. The more negative coverage the elite media have dished out, the more people have been attracted to NRA and gun culture. Brian Anse Patrick presents the evidence for this startling case. As an analysis of the data unmistakably shows, not only are the elite media systematically biased against NRA, they have indeed inadvertently helped to mobilize American gun culture, making it one of the most successful social movements of modern times. In the new edition of this groundbreaking study, with a new Foreword by the author, Prof. Patrick makes his case. The evidence is incontrovertible and based on scientific content analysis of ten years of actual NRA coverage in many elite news publications, compared and contrasted with similar coverage of other major American social movements. Additionally, Prof. Patrick presents an innovative model for how information is disseminated from top-to-bottom in the mainstream media which he terms “administrative democracy,” and suggests how groups like the NRA flourish in part because of the increasing availability of non-centralized social media which allow dissenters from the prevailing media paradigm to construct their own narratives with which to understand society and their place within it. Written in a lucid and penetrating style, this book should be of interest to readers on either side of the gun rights debate, as well as to those wishing to study the workings of a successful citizens’ advocacy network. Brian Anse Patrick is a Professor in the Department of Communication at the University of Toledo. In addition to holding a Ph.D. in Communication Research from the University of Michigan, he is also the author of The Ten Commandments of Propaganda (Arktos, 2013), Rise of the Anti-Media: In-Forming America’s Concealed Weapon Carry Movement (2010; reissue forthcoming from Arktos) and Zombology: Zombies and the Decline of the West (and Guns), forthcoming from Arktos in 2013. Prof. Patrick is nationally recognized as an expert on American gun culture and on the history and technique of propaganda.