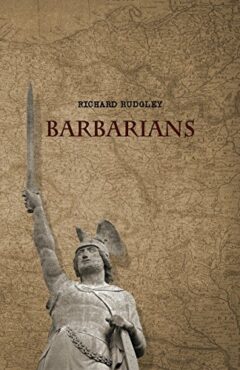 You are viewing: Barbarians

Rome is falling… It is the time of the barbarians. Conventional history portrays the Dark Ages as an ominous period precipitated by the fall of Rome. We are led to believe that the torch of civilisation flickered only in isolated monasteries that dotted the landscape of a Europe otherwise engulfed in darkness. Barbarians: Secrets of the Dark Ages challenges the accepted view of events passed down to us by the Roman accounts of the barbarian world. The Romans, like every imperial power, had a vested interest in propagating their own view of history but if we read between the lines and delve deep into the archaeological record multiple cultural vistas emerge from the shadows of Rome. Our own ancestors were much more than barbarians – their languages, arts and other cultural treasures have shaped and moulded the destiny of Europe more than the Roman Empire that once held them in its vice-like grip. It is the ethnic mosaic of the Huns, Goths, Vandals, Anglo-Saxons, Vikings and others that the author reveals in this retelling of an often misunderstood time in our collective history. ‘It is rare that a historical documentary can genuinely shake your view of the world, but by pointing out Western stifling reverence for Roman culture, Rudgley succeeds’ – Sunday Times ‘The barbarian societies of the Dark Ages were to provide the fertile soil from which the nation states of today were eventually to grow. And this very soil continues to yield up artefacts that testify to the great cultural achievements of the barbarians.’ – p. 263
Richard Rudgley is a critically acclaimed author and TV presenter whose books have been translated into twelve languages.