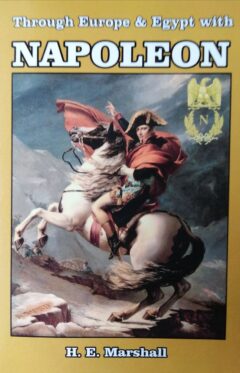 You are viewing: Through Europe and Egypt with Napoleon

Through Europe and Egypt with Napoleon

Through Europe & Egypt with Napoloen: H.E.Marshall
Perhaps France’s most famous modern historical figure, Napoleon Bonaparte’s legacy still reaches over Europe today in legal codes and even many national boundaries.Master storyteller H.E.Marshall takes the reader on an enthralling account of this dynamic military genius’s career,starting with his birth in Corsica to an Italian noble family, his rabid ascent in the French military,his first campaigns in support of the ideals of French revolution, his ascent to victories against the Old States of Europe, and the perversion of his erstwhile revolutionary ideals with his self-proclaimes ascension to the title of Emperor.
Englanninkielinen
170 sivua