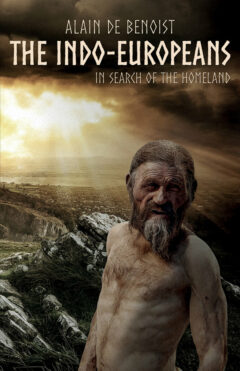 You are viewing: The indo-europeans

The Indo-Europeans: Alain de Benoist
Research has long since established that the civilisations of Europe, Persia, and India are linked, linguistically and culturally, dating back to some point in prehistory that has been lost to human memory. Many scholars have postulated that there was a primordial Indo-European civilisation from which all of these others later emerged. But who were the Indo-Europeans? From where did they originate? How did they live, and what did they believe? And how and why did they disperse into so many widely varied cultures? Alain de Benoist here gives a brief overview of the history of Indo-European studies, showing how it has evolved from its origins in the nineteenth century up to the present, and summarises the various interpretations and schools of thought that have emerged from the surviving evidence. He also offers his own critique of some of these theories. The Indo-Europeans: In Search of the Homeland is an invaluable introduction to a vast field of inquiry, and offers valuable clues and insights into the origins of our civilisation.
Englanninkielinen
166 sivua